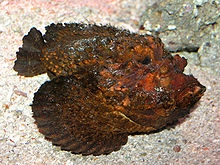 Who'd want to catch stones? They're small, break your teeth, and have no taste at all. But still - kicking off the new fishing year's contest, go and catch me the biggest stone fish you can! Drop your catch into the EM hall's mailbox, and you could find your efforts preserved at the Hall of Champions!

Anyway - It has been a whole year since we started the new fishing contest.

That means it's time to announce the winner of the Big Fish Contest!

In third place was Mapario Naharis, with 181 stones.

In second place was Sara Dale, with 186 stones.

In first place was Sir Charles, with a 193 stone giant!

So well done, Sir Charles, and your fish is on display at the EM Hall!