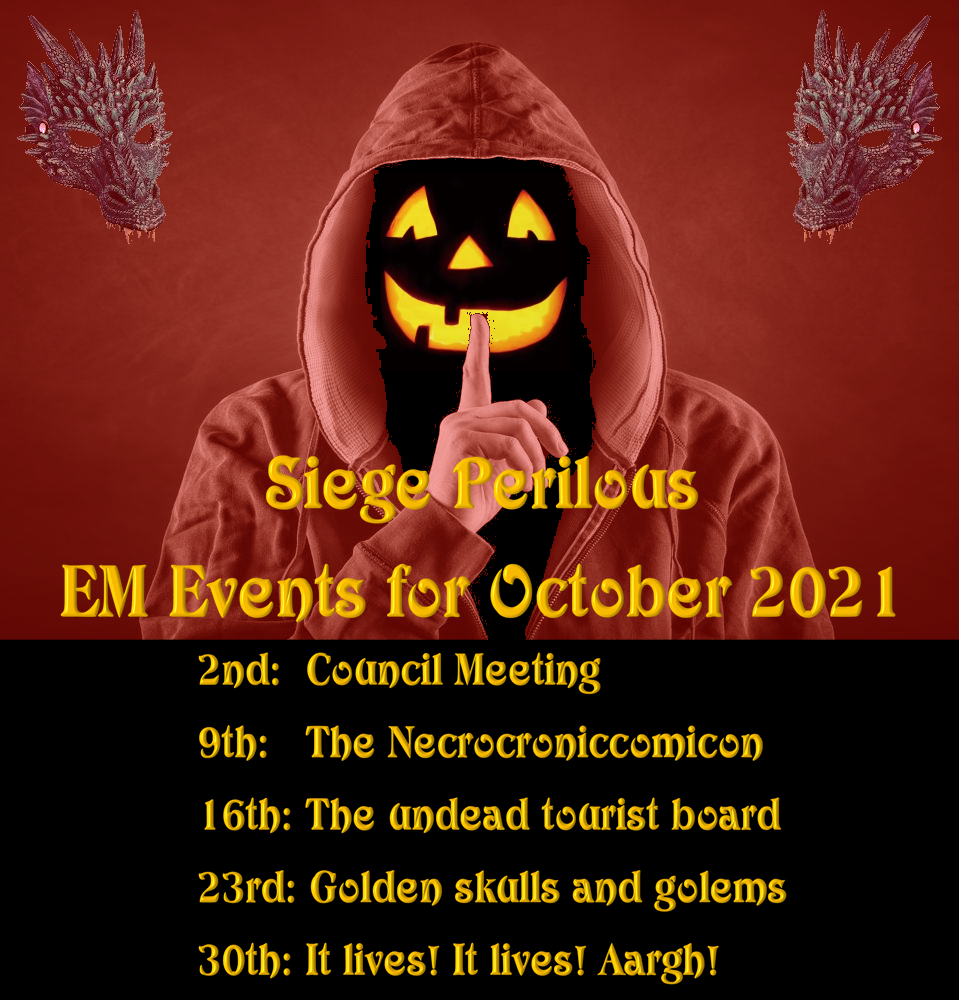 All events start at 5pm EST.
Gates will appear somewhere between 4pm and 5pm EST to take you to the start of the event. These will appear at major banks (e.g. Britain, Luna), at Player-run town monuments, and at Player Teleporter Hubs, as well as a few other spots. If in doubt, head to the House of Commons, otherwise known as the EM Hall, which is north of the Britain Moongate.

Nearly all events take place outside of guard zones. Siege operates a Fel rule set, which means that you are as much a target as anyone else. Don't bring along anything that you are not prepared to lose, or at least, to have to buy back if your killer is in a good mood and prepared to sell.