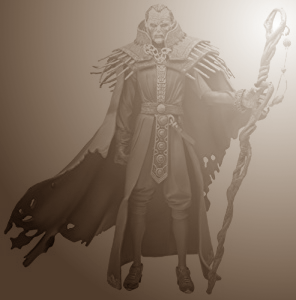 King Blackthorn stared at the strange scroll in his lap, a mixture of bewilderment and awe on his face. After much thought, he turned to his advisors.

“A settlement of Meer? Unknown, all this time?” he asked

“It would seem so, sire. Unknown, undetected – until now. And now, it may be too late, if that scroll is any indication.”

“Indeed.” mused the king. “Well, let us hope it is not. We have seen the damage these orcs can do. First, send scouts. I will not send our forces into an orcish trap – although I’ve yet to meet the orc who could write so eloquently, or in such a fine hand. Once we are certain that this is not a trap, send reinforcements, and hope that something of this colony survives.”

“At once sire.”  The senior advisor turned smartly on his heel, and strode from the room, golden robes flowing behind him.

What you need to know

An offshoot of the Meer who fought beside Queen Dawn have been found, trapped beneath the ground. There, they had made themselves a new kingdom – one which it seems the orcs have discovered, and immediately waged war upon.

Our goal is to save them – or avenge them.

This will be your first look at the new dungeon area where we will be holding many events this year.

It is not in a guard zone, and this is Siege Perilous. Come prepared!