Mervyn Posts: 2,208
August 2020 edited August 2020 in Bugs
Wearing a VvV crystalline ring with +20 focus, +20 magery. (and a +10 focus obi di ense)
Please observe focus and magery skill.
Upon death, you lose focus and magery skill as expected as now naked. Then when dress, as expected, during combat you do not yet receive the + 30 focus and + 20 magery instantly due to the combat +skills timer. However upon a second death, for some reason you then lose a further 20 focus skill? This is not just a display issue, you do actually lose the skill. 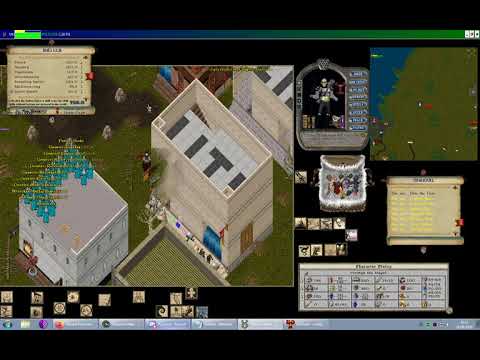 The only way to reset the skill is to log out and in.
Exploit concept: (untested) If this is repeatable with other jewellery with more than 2 skills, perhaps you could rince and repeat the process until 0 skill, or negative skill, and then train that skill at 0 value level (easier), when you actually have high real skill
I tell you the truth, tis better to do 10 damage on the right target than 100 damage on the wrong target.

Breaking in the young since 2002

This discussion has been closed.