The City of Yew to Host Drunken Daggers at The Treehouse

James Posts: 73
August 1 in Chesapeake
The City of Yew won the privilege of being the next host of Governor Phoenix’s Traveling Dart League Tournament. In my searching for a Yewnique place to have the event, Golden Goose of The Jesters’ Guild [JOKE] offered to host it at The Treehouse. This event will be called Drunken Daggers!

All participants will be asked to represent a City of their choice. Multiple players may represent the same City, but the competition will be between individuals. The winning player will receive the Traveling Dart League Tournament Trophy and will be asked to be the next host of the tournament.

The rules are simple: There will be three rounds of competition. For each round, the players will be called up one at a time and make 5 throws each and given their total score for that round. At the end of the third round, the player with the highest combined total score wins!

Everyone is welcome to come and try their luck throwing daggers. Of course, there will be plenty of delicious food and drinks to enjoy!

Where: The Treehouse, which is located along the West side of Trinsic at the bridge. 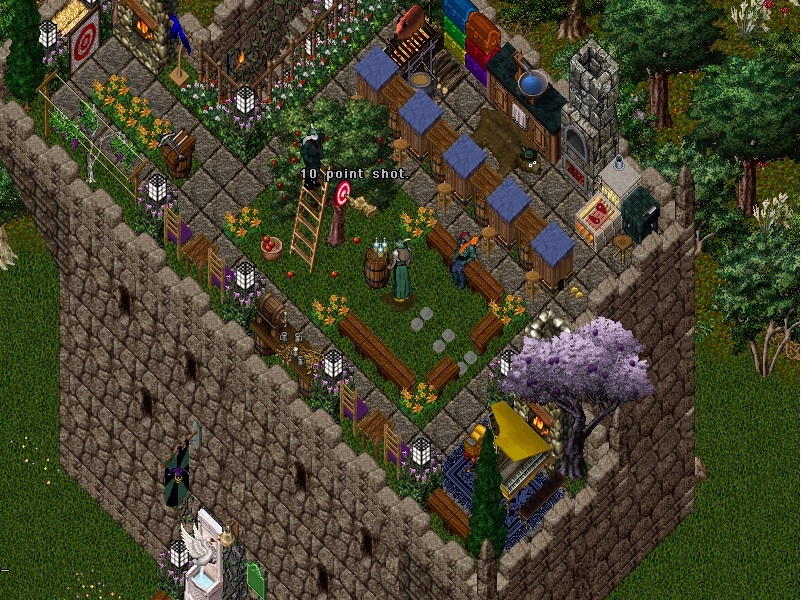