James Posts: 69
July 13 edited July 13 in Chesapeake
Governor Phoenix of Trinsic has announced the formation of a Dart Throwing League. The City of Yew is forming a dart throwing team to compete in the league. Once the team is formed, we will select a Team Name and each member will have a shirt with the Team's name embroidered on it. Individual Yew Titles will also be available for Team Members who are citizens of Yew. The first event is scheduled for Tuesday, July 19th at 8:00 pm est. at the Trinsic Keg and Anchor. You do not have to be a citizen of Yew to join, everyone is welcome. If you would like to be on Yew's Dart Throwing Team, please contact Governor James of Yew. 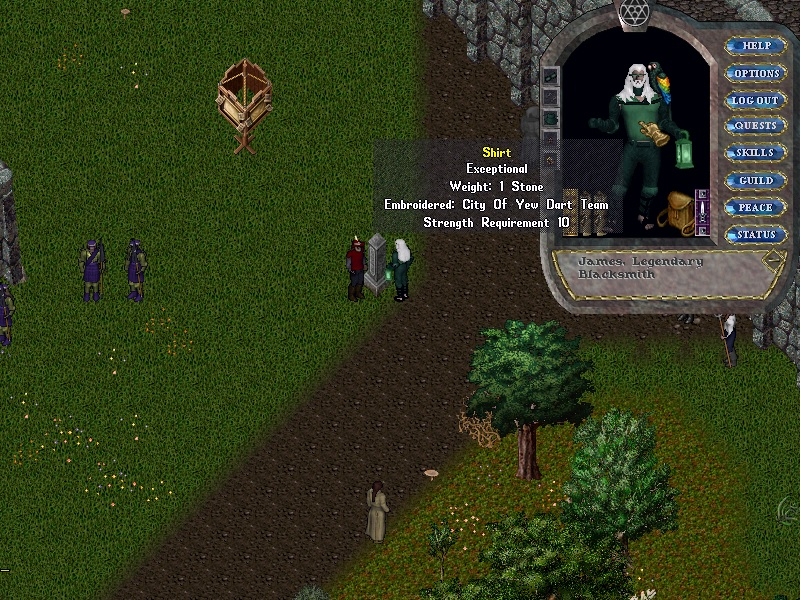