- I have done all the testing for these damage systems on Test Center and Pacific Shard between January and July 2022. To the best of my ability and knowledge everything here is correct as of this posting (06/07/2022). Anything on this list can change any time the development team wishes.

- I can and do make mistakes, some of these may just be wrong.

- This diagram is only good for PvE, only for Melee damage, and only on production shards.

- Every item with a red corner indicates I have tested the item myself, except for Rage Focus, which you can read about here:
What is focus property please? - Ultima Online Forums (uo.com)

- Battle Lust item property is not on this list. I cannot get Battle Lust to do any type of additional damage no matter what I try, so I have not included it.

- The testing and diagram were compiled for my personal reference. I thought I would share it, since a lot of players have difficulty understanding some of the complex dynamics of UO's damage system.

- Bard's Inspire is both Damage Increase and Modifier.

- Armor Pierce is both Modifier and Percent Additional Damage.

- Percent Additional Damage is not modifier. It is calculated after modifiers are applied.

- Lightning Strike Critical Attacks have a 20% of occurring. The lowest critical attack damage will fall withing the standard damage range and not be noticeable, but the announcement that a critical attack took place will appear as a system message.

- As of this posting there may be a bug with the way modifiers are applied, making it much easier to reach the 300% modifier cap:
Damage Modifiers beyond the first are being calculated proportionally rather than additively. - Ultima Online Forums (uo.com)

Using the MDCD to calculate damage: 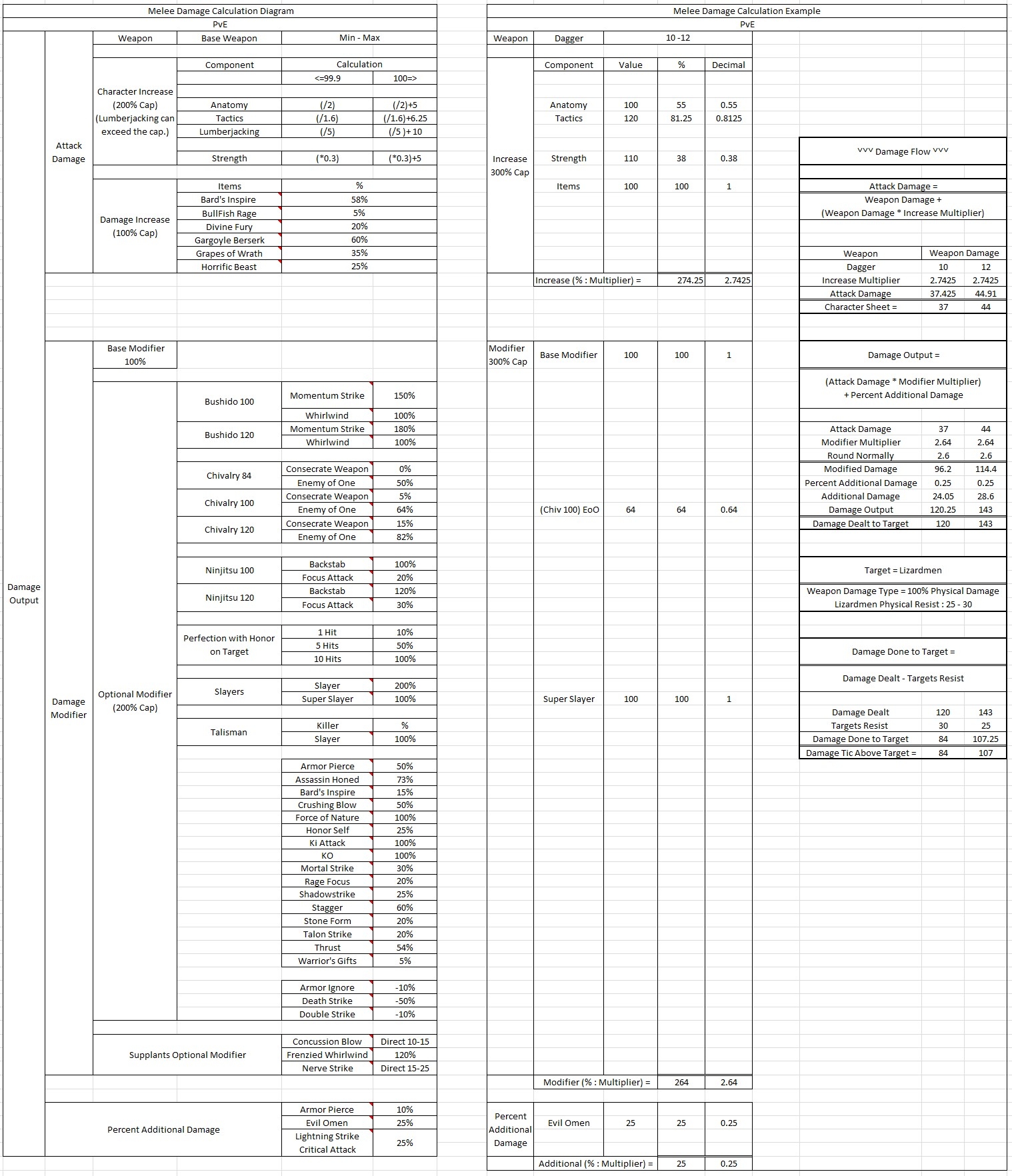 Setting up your own testing regimen.

Let's say you wanted to test something against scorpions. First, find the scorpions highest and lowest resistances using animal lore. You might have to sample 10 or 20 scorpions. 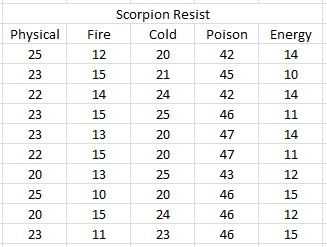 Next decide which resist you will test against. I use physical, since 100% physical weapons are easy to come by. Set yourself up with a baseline of stats and skills you can work from. It doesn't matter what that baseline is, just don't vary it, except for the one thing you are testing. Then go out and start whacking on scorpions and record the damage numbers you see.

In the image below I was testing modifiers. The first column is my base damage range I saw above scorpion's heads when using 0 modifier. Column 3 are the numbers I saw appearing above scorpions when using Stone Form. Column 2 I calculated from Column 1 to see what my damage range should be. (I only did this after filling in Column 3, to reduce confirmation bias.) I repeated the process when testing Arachnid Slayer (Columns 4 and 5). 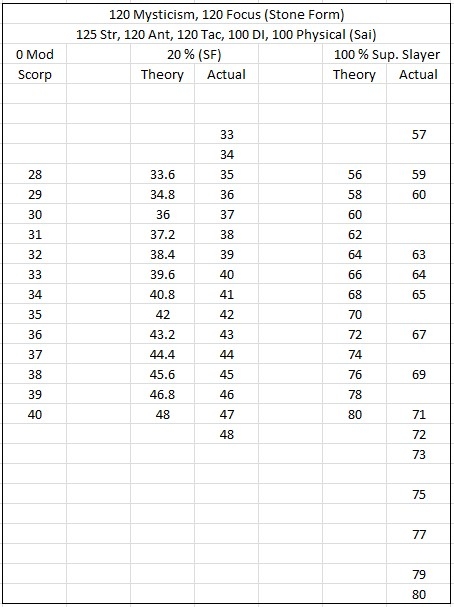 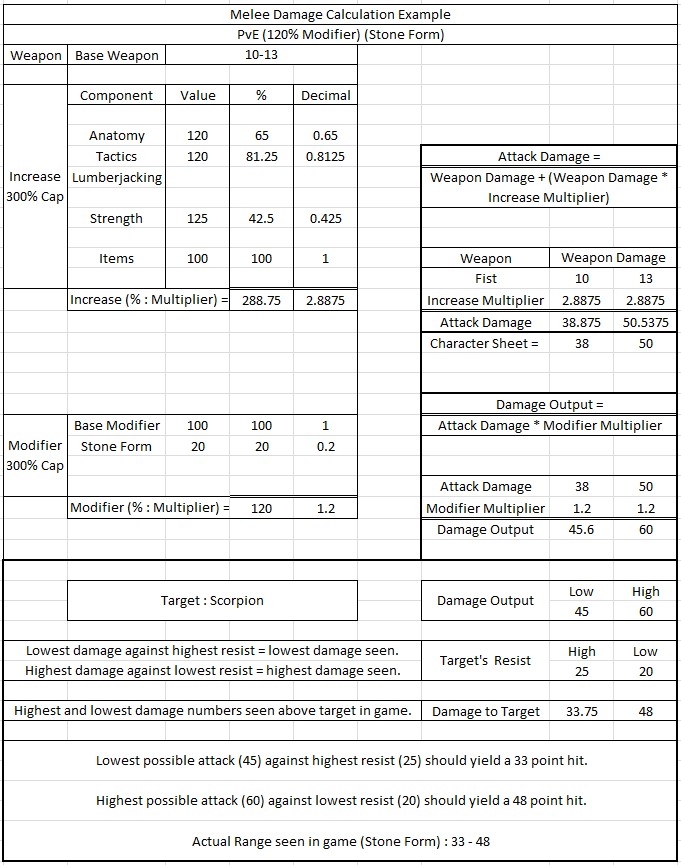 I then repeated the process for Arachnid Slayer: 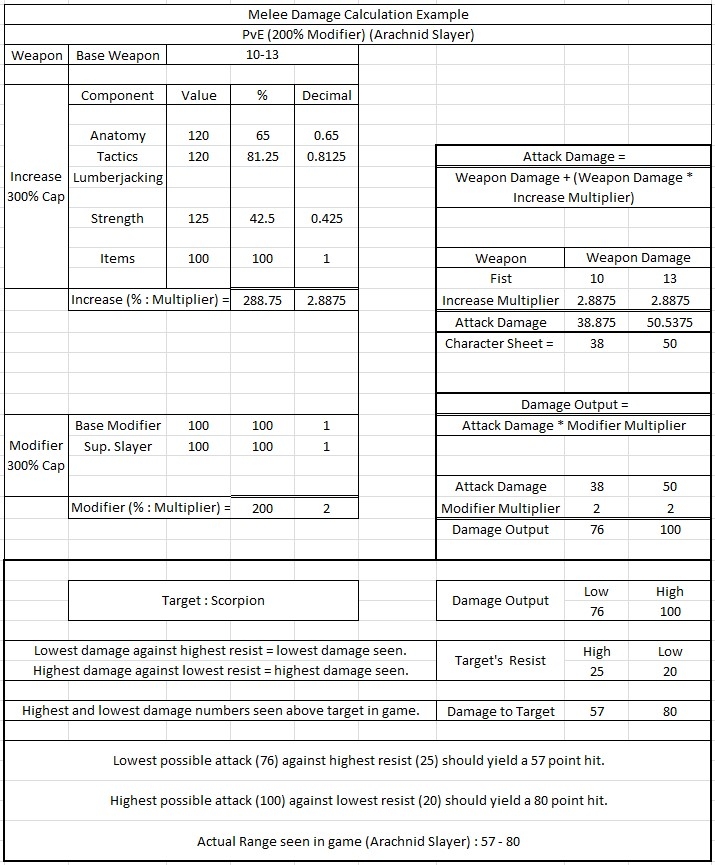 --
Anyway, those are the results I have for melee damage and how I set up and tested things to get those results.

I hope this helps people understand the melee damage system in UO and to setup and obtain their own results when in doubt.