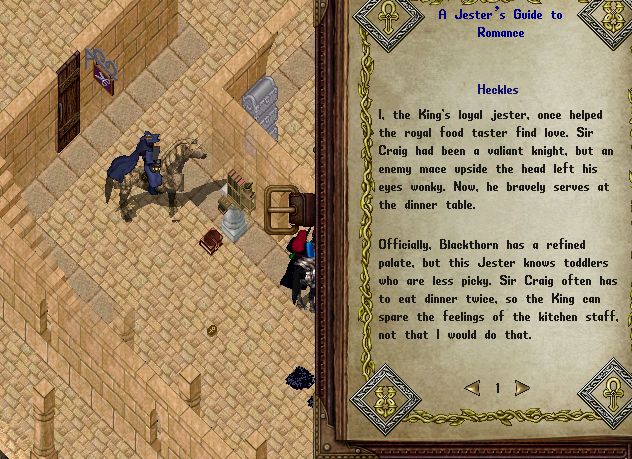 There's a nice surprise this morning in Luna! A second Valentine's Day clicky that gives out a new Book of Lore on the Royal Taste Tester. It's up on Chesapeake and Atlantic for sure, so far.
bookclicky.PNG 333.6K