The Pax Lair Collection: Now at the Corwyn Library! 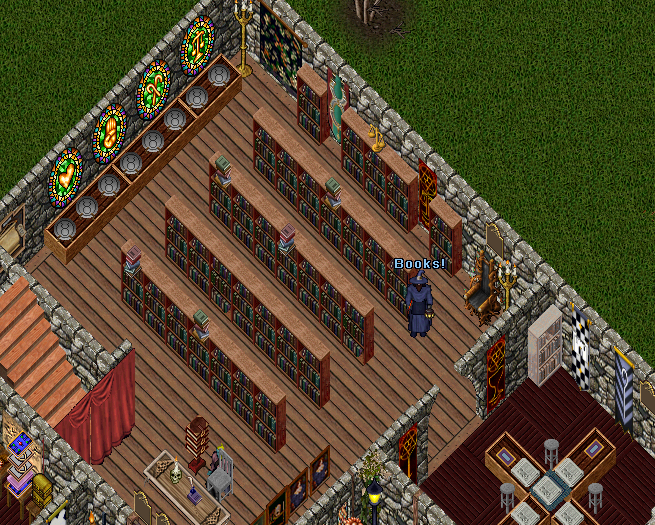 It is with great pleasure that I can announce the result of almost 9 months worth of work. The entire collection of books at the Felucca Pax Lair Mage Tower have been copied, sorted, leafed, organized, and placed on display at the Corwyn Library!

Because this was a massive undertaking of time indulge me while I write a little bit about how we did this.

No one is 100% sure, but the library at Pax Lair has been closed for maybe 5-10 years. Previously Lenora the Librarian did an incredible amount of work collecting and transcribing materials. But they have since moved on and without a librarian the library quickly became a mess. It didn't help that other libraries on Chesapeake collapsed and a lot of their books were dumped into the Pax Library without any organization. After discussing the issue with NANOC we agreed to work out a plan to preserve the library. 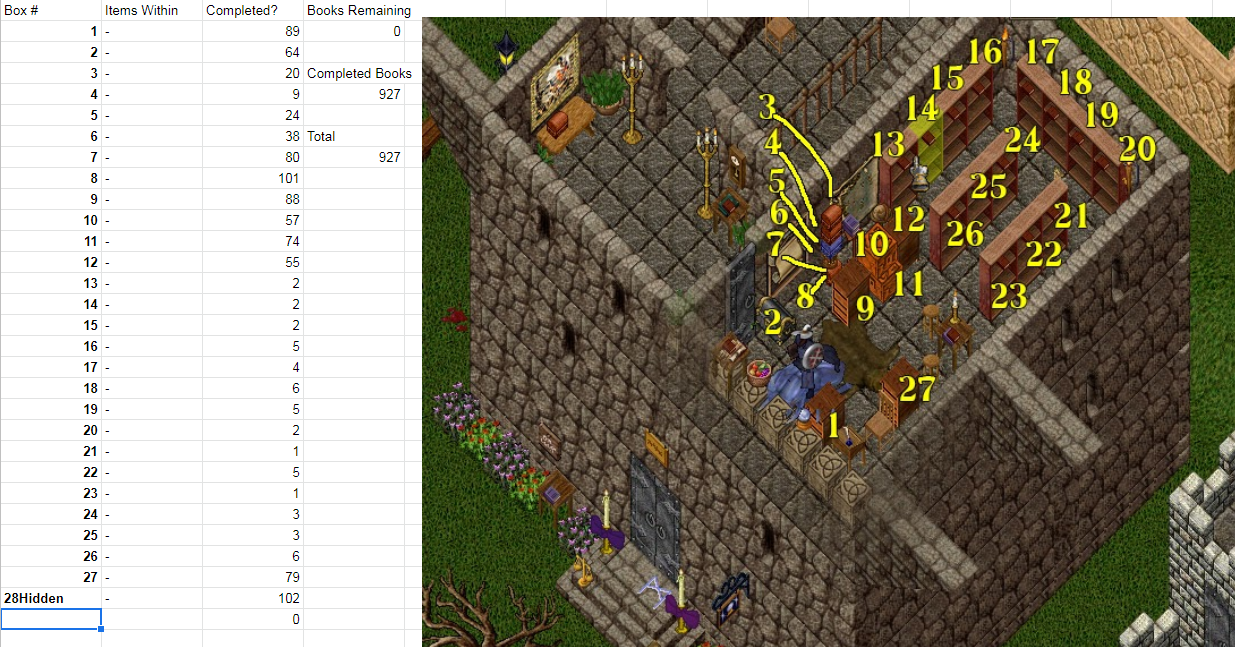 This is a spreadsheet and map of the collection. After figuring out what cases I could get access to, thanks to NANOC, we painstakingly copied each book into a named crate. There was no real organization in the library at this point. Materials were just heaped atop each other as libraries around the shard collapsed and their materials were saved. Again, I need to thank NANOC for his patience with me as he helped me get into some boxes I couldn't. A lot of these books are over 20 years old and so we had to take great care not to accidentally over-write them, lose them, or damage them in any way. The point was preservation, not replacement!

Once the books were copied I got to work reading them, leafing them, and sorting them into named sections in the Corwyn Library. Particular attention was paid to removing duplicates and so from the ~900 books originally copied, with the duplicates filtered out, 741 remain.

This brings the total in the Corwyn Library to an impressive 1,609 materials!

I invite you to leave your valuables behind and take a peak at the back two North rows of the Corwyn Library and check out the collection. The sections are divided into:

Going through the collection I found a book I wrote in the spring of 2000 which had, until now, been completely lost to me. I also reunited a book to an owner who hadn't seen it in at least 20 years as well. Look for your friends, look for your old guild, read the stories of players long gone and remember those times. 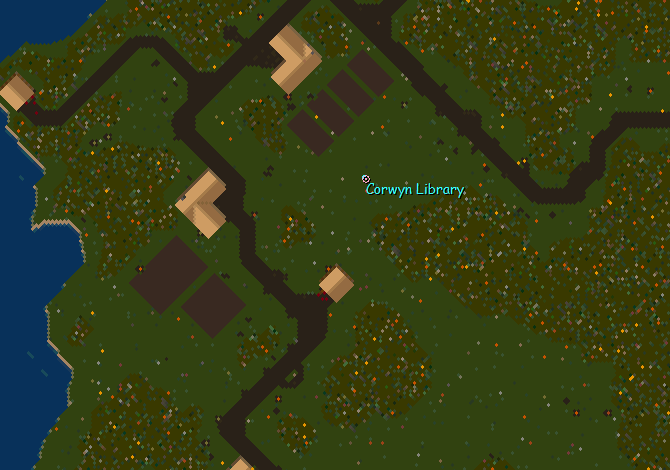 A safe way to enter the Library is found at the Pax Teahouse here, just down the road from the Homare-Jima Moongate. 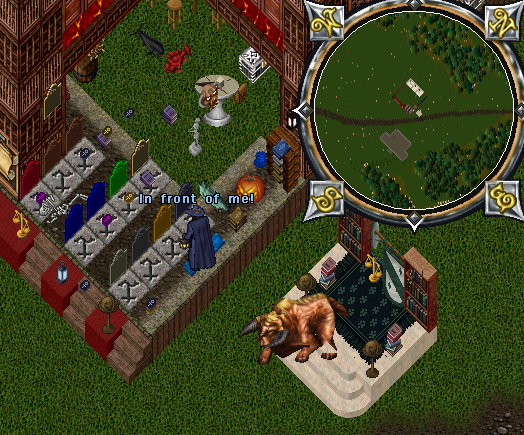