Tyrath Posts: 396
October 2019 in General Discussions
So I have seen several folks comment that it is too slow and pumpkins are too slow to get.  I had not really done much Pumkin Hunting this year so thought I would give it few runs to see how slow it is.
Shard LA
I ran the Brit Farms, Skara Farms, New Haven Farms and the Moonglow farms Fel and Tram
Total time  47 minutes
Number of Grimms found 31
Number of Pumpkins collected 23
Time started 4pm Central USA
Time Ended 4:47 Central USA
Some fields had nothing other fields had 2-7 in them
Ran the same fields again starting at 5pm and finished at 5:31pm  A LOT LESS Grimms to kill so much shorter time.
Number of Grimms Found 19
number of pumpkins collected 11
Seems OK to me.  I did note that patches with multiple pumpkins tended have the grimms clustered together in corners or on the edges.  As shown in the pics. Can see where if there were multiple people running the fields it would slow to a grinding halt getting serious number of pumpkins.  Also noted that the same field had multiple pumpkins  7 the first run and 4 the second run.  The first pic is the first run and there were two more grimms in the opposite corner. Second pic is the second run and only 4 in the field that run.
Make what you will of these test runs and the info 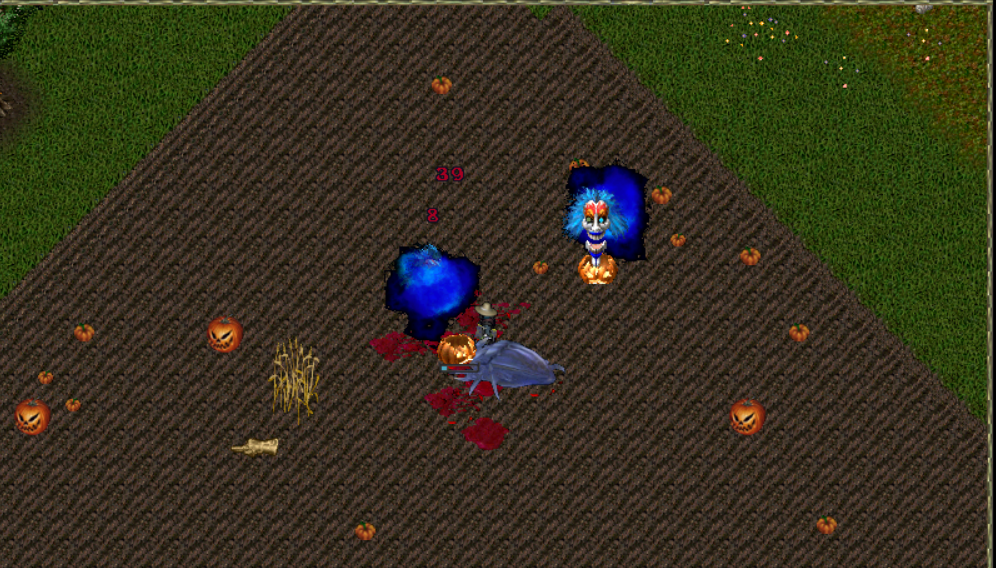 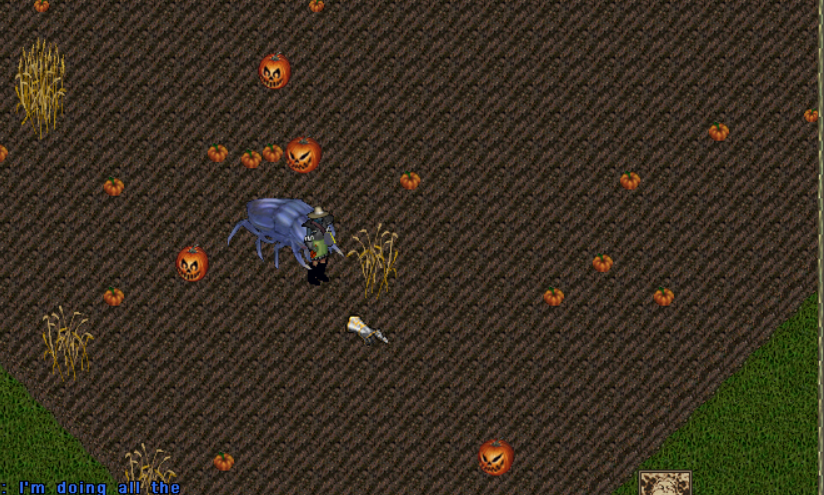